Does the word ‘Engineers’ come from ‘Engine’?

We can not tell for sure as there are so many possibilities for the derivation of the word ‘Engineers’.

The early descriptions from Latin linked the word Engine to the root word “gene” to mean create, bring to being, and or create.

Although the word Engine is directly derived from the Latin word “Ingenium” which means cleverness.

The french linked it to “Enginour” in the mid 14th century which meant constructor/architect of war engines.

To this day the oxford dictionary describes Engineers as  people who build and maintain engines and machines.

However we can not streamline Engineering to only Engines, it is wholesome and is about solving any problem.

In fact the first recorded Engineer in history was Imhotep who was a Civil Engineer that built the pyramids in 2550 BC. 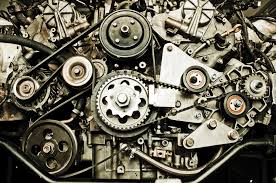 But that is not all it is. Let us know if you need help with the right products to solve your problem.